One of the most important things to prepare before a hurricane, after you secure your home and store water, is making sure you have enough food for a power outage. But what should be on your power outage grocery list? Check out these hurricane snacks and hurricane food ideas to make sure you’re ready!

Living in Charleston, every year it’s the same thing. Hurricane approaches, evacuations may or may not be called, and we watch the weather updates religiously several times a day.

It’s a pain to transport our menagerie of two cats (who get anxious while traveling) and a turtle (who normally lives in a large aquarium) to another city, and since my family has cat allergies we would have to assemble some large cat crates in the climate-controlled garage for them to stay in for several days during evacuation. So we try to balance the risk of the hurricanes with the inconvenience of packing up the animals for a potentially long and uncomfortable trip.

We are luckily on high ground and haven’t been significantly affected by flooding or storm surge in the last several hurricanes or the thousand-year flood we had a few years ago, so one of the biggest factors for us to plan for is a potential power outage due to high winds. Once we’ve stocked up on flashlights and batteries, charged the kindle and hand-crank radio, the main thing we have to worry about is what to eat in the event of a power outage.

The minute the power goes out I hate to open the fridge at all. I’d rather not let out the cold since, if it stays closed the whole time, there’s less risk of having to throw everything out.

I like to stock up on food for a power outage that:

Since I don’t have a gas stove or a grill with a burner, I also don’t stock up on cans of soup. While theoretically I could eat one cold to keep from starving, it wouldn’t be the most preferable experience.

Make sure you stock up on essentials before the storm hits.

Water can be compromised or stop running, so fill up your tubs with water for flushing toilets and hygiene, and also have plenty of drinking water available. If you live in a hurricane-prone area, just skip the bottled-water madness and get yourself a couple of these collapsible water jugs you can reuse every year. You can store them flat the rest of the year and just fill them up before a storm is about to hit.

I know hurricanes are stressful, but resist the urge to just do a “supermarket sweep” of every bag of chips and pretzels you come across. You may technically end up with enough food for a power outage, but believe me, you’ll get sick of eating nothing but salty snacks before the end of the first day. Plan out several meals and snacks you can have during a power outage and shop for those ingredients.

Look especially for individual-sized portions of items that require refrigeration once opened (mayo packets, nacho cheese, ranch dressing). Same goes for produce – tomatoes should be unrefrigerated until they’re cut, so you may want to get smaller tomatoes like Romas for a hurricane.

Some of these ingredients don’t technically need refrigeration but I usually refrigerate them anyway. Make sure you take them out of the fridge before it gets super windy so if your power goes out, you don’t have to open the fridge to get your butter or mustard.

Okay, so this is not a comprehensive hurricane prep post, but I did want to share a couple other handy items I’ve gotten that you might find useful during a hurricane. 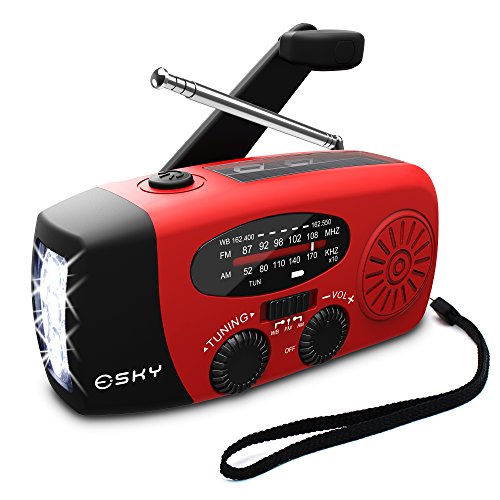 This is probably the coolest thing I've gotten to prepare for a hurricane. You can charge it from the wall while there's still power, but if there's an extended power outage you can also charge it with the solar panel on top or with the hand crank. It's a flashlight, emergency weather radio, and phone charger (there's a USB slot for your phone cord). I kind of want a second one. And it's tiny, so it doesn't take up much space the rest of the year. 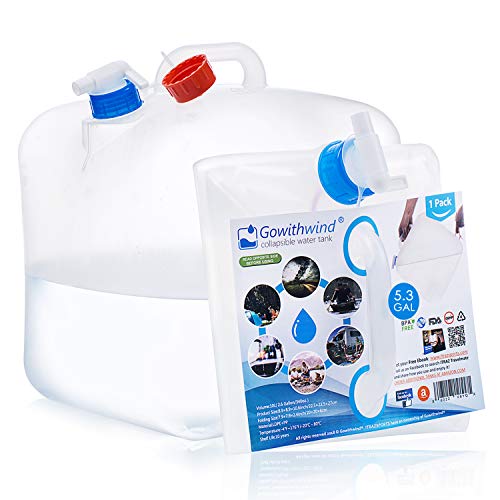 Save yourself the madness of what grocery store still has water, do yourself a favor and just get a couple of these collapsible jugs. They won't take up much space during the rest of the year and you can rest assured that you'll have plenty of drinking water during a storm. 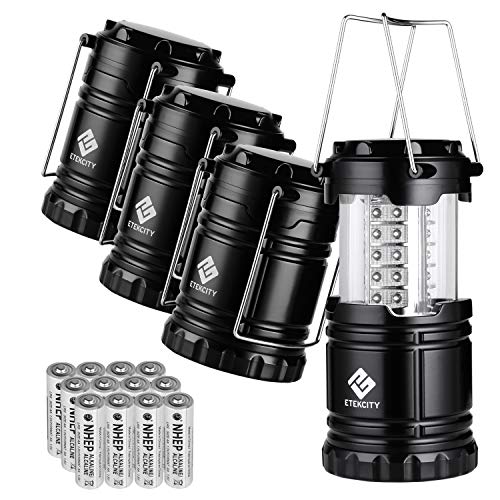 Lanterns are great for when you just want ambient light to read a book or something without shining a light on a specific spot. Great little guys to have around! 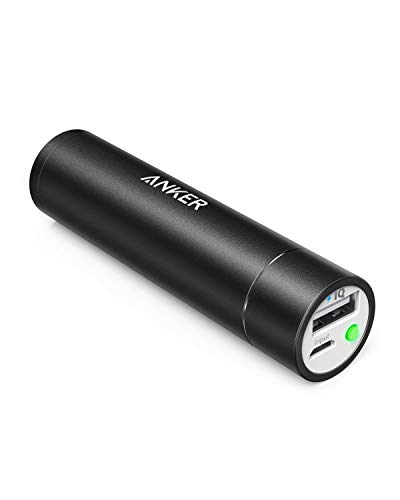 These little guys are awesome to have not only for hurricanes and power outages, but for traveling too. It contains an extra full charge for your phone or kindle or whatever you need (again with the USB output). I got a couple of these for our trip to Italy but they've come in handy so many times since then!

Okay, now onto the foods.

Hurricane snacks are probably the easiest things to think of and buy. There are plenty of snacks that don’t have to be refrigerated or cooked. But after a couple days of nothing but chips and crackers, believe me, you’ll be wanting something fresher. Here are some ideas for snacks you can stock up on for a power outage.

Tempting though it may sound, man cannot live on snacks alone. If you’re craving a real meal while the power’s out, try these hurricane food recipes!

Believe it or not, there are tons of recipes you can make that don’t require cooking – or refrigerated ingredients. With these recipes, you’ll be good to go even if you have an electric stove that’s down for the count. You’ll see a lot of repeated ingredients like tomatoes, avocados, and canned meats, but it’s nice to see the ways you can mix things up so you don’t go crazy eating the same thing for every meal!

To be honest, I might be a little disappointed if I don’t end up having to make these recipes.

I loved this recipe from my friend Sarah at Champagne Tastes during the last hurricane power outage. It was nice to eat some vegetables with real seasonings and a nice vinaigrette. And while ordinarily I’d use fresh green beans, I’d still use up my hurricane cans on a regular night with power on this recipe.

Get the recipe here!

Hurricane food for a power outage that requires cooking

If you’re lucky enough to have either a gas stove or a grill, you can still cook during a power outage as long as your ingredients don’t have to be refrigerated! You will have to light your gas stove manually, so keep a long lighter handy and be careful! And be sure to have a propane tank or charcoal for your grill.

Toss your veggies in olive oil and spices, then grill. Either leave the veggies in large slices or wedges (like your onions) or make them into kebabs.

So what to buy? Here’s a simple power outage grocery list that will allow you to make plenty of things on this list. I did not include items for the antipasto salad, the wine and cheese night, or the items that require cooking.

I hope this has helped you in your hurricane preparations so you have enough interesting food for a power outage! Please stay safe, and well-fed!