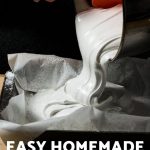 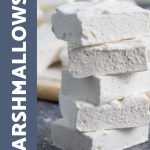 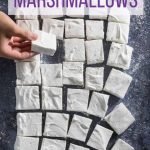 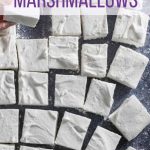 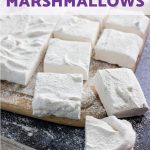 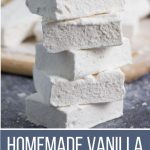 Marshmallows are one thing you may not have thought of making from scratch, but once you know how to make homemade marshmallows you won’t want to go back to buying storebought! They are deceptively simple and the flavor is out of this world!

A common misconception I run into with people I know is that, because I’m a food blogger, I’m a pro at everything cooking. But I’m a self-taught cook, so I’m always learning — even after five years of food blogging.

Before you go running off to consult a real pro’s website, hear me out. I think that works to my — and your — benefit at times. It means that with a new, challenging recipe, I get to make all the mistakes for you and you get to make it perfectly the first time because it’s fresh in my memory.

This homemade marshmallow recipe is one of those cases.

Cupcakes with marshmallow frosting? Ehhhh it had to just be basically meringue, right? I mean, it LOOKS like meringue. Or whipped cream. But whipped… gelatin? I mean, it sounds weird. And to be honest, it smells weird. Hot sugar whipping with gelatin smells like a room someone has sneezed in too many times. Not that I knew this before I tried making them.

But since I love chocolate covered marshmallow eggs so much and they cost like a dollar apiece at the drugstore, I figured I should try to make my own last Easter. Luckily for me, they came out amazingly well the first time. When my husband and I tasted it, the whole world started dancing. I had no. idea. that marshmallows could be so flippin’ delicious. We toasted a few without covering them in chocolate and they were seriously mind-blowing.

I decided to make them again for the blog. Pretty much from the get-go I messed things up. Life happened.

I thought you were just supposed to sprinkle the gelatin on top of the cold water and let it sit, so when there were some dry bits on top that hadn’t bloomed after ten minutes, I sprinkled a little more water on top. Don’t do that, y’all. Just mix the gelatin with the cold water. Stir it with a fork or whatever. Don’t add extra water. Extra water makes marshmallows unpleasantly moist and weird. Will explain more later.

The second thing that happened was that there was a bug in the kitchen. I was freaking out dealing with the situation and my sugar mixture boiled over. I moved it to another burner and tried again. Wary of another boiling-over sugar-burning-onto-the-stove incident, I only let it get to about 230 degrees (instead of 240) before I decided that’s as high as it was going to go, and I used the sugar syrup like that. I mean, how much of a difference could it make?

The marshmallows came out… fine. They were not mind-blowing. My husband said they tasted like “diet” marshmallows. I figured it was just because I had lost some of the sugar to the stovetop.

Then I tried broiling a couple to see if they were as life-changing as before. And the weirdest thing happened — instead of turning a lovely golden brown on the top, they started melting, from the bottom.

Not being an experienced candy maker, I didn’t understand that sugar has different stages it goes through as it heats. Turns out, the temperature is VERY important. 230 degrees is basically just syrup. 240 degrees is the upper edge of “soft ball stage.” After that, you get to firm ball stage and beyond.

About the stages of cooking sugar

Get ready, I’m about to go a little sciencey on you.

There are seven stages of cooking sugar, related to the temperature it gets to and how it acts when it cools. It’s also related to how much water content is in the sugar syrup.

This makes total sense because when you heat water, it starts boiling at 212 degrees Fahrenheit. Water doesn’t get hotter than that if you boil it longer; it just evaporates. So the way your sugar syrup gets hotter in order to reach the various stages listed below is that the water content evaporates out of it, leaving a higher percentage of sugar in the mixture and a higher boiling point.

The stages of cooking sugar are as follows:

You can see helpful little videos of how each stage reacts when dropped into cold water on this website here.

Back to my mistake.

When whipping the gelatin and sugar syrup, the peaks it formed weren’t quite as stiff as the version at soft ball stage. And there’s just too much water content in the mixture.

That means soggy marshmallows. Even after coating them in cornstarch and powdered sugar to keep them from being sticky, within a day it had all absorbed and the marshmallows were soggy again. And they melted from the bottom instead of toasting on top. Gross. Nobody wants a soggy marshmallow. (Although when I covered them in chocolate they weren’t bad.)

Long story short, make sure your sugar actually reaches 240 degrees. Once it hits 225 or so it takes a while to creep up degree by degree, but then once it hits maybe 235 it started increasing at a pretty good rate, so keep your eye on it!

You’ll definitely need a candy thermometer for this if you don’t have one already. I’d recommend a digital one like this that has a pot clip so you can keep a constant eye on your sugar’s temperature.

Once you realize the importance of having an accurate temperature for your sugar, making homemade marshmallows is really very easy.

It basically comes down to this:

So what makes a mind-blowing marshmallow? Good vanilla.

Use the best vanilla extract you can find, or better yet, make your own. The quality of your marshmallows comes down to the quality of your ingredients, and since gelatin, granulated sugar, and corn syrup are fairly standard in my experience, that means you need good vanilla.

What to do with homemade marshmallows

What you plan to do with your homemade marshmallows will determine how you may want to prepare them. Here are a few ideas of what to do with them.

Most of these suggestions will work best by making your marshmallows in a 9×13 pan. Since they are flatter, they’re a little easier to cut with cookie cutters, and they make great little squares for topping a graham cracker. However, if you plan to roast them over a fire (or if you just like a taller marshmallow) I would suggest making them in a 9×9 pan instead. That will give your roasting stick more marshmallow to go through since you can cut them basically into big cubes rather than flatter squares.

For Rice Krispie treats, you don’t even have to put it in a mold to set — you can just pour the freshly-whipped marshmallow straight from your mixing bowl into your melting butter on the stove and then add the rice cereal.

Making s’mores in your oven

There’s nothing like a s’more made by roasting a marshmallow over a campfire or fire pit. But let’s be honest — sometimes you might have a craving for a s’more and no fire handy. And unless you’re really dedicated, you’re not going to go build a fire just to make a single s’more for yourself.

A microwave will do in a pinch but I tell you those s’mores are sub-par, due to the lack of crispy browning of the marshmallow.

I break a graham cracker in half, top one half with a square of chocolate and the other half with a marshmallow. Put it on a small baking sheet in the oven about 4″ under the broiler.

I take out the chocolate half when it starts looking a little glossy. Don’t leave it in too long or it will get a weird texture to it. The marshmallow half takes a little longer to broil but it will puff up and get that perfect toasted golden top! ALMOST as good as roasting over a fire, and a lot less work if you don’t already have the fire built. Smoosh together and enjoy!

Main things to remember about how to make homemade marshmallows

In short, here are the most important things I’ve learned about how to make homemade marshmallows.

And one final note I didn’t cover in this post, but just in case you were thinking about it:

Don’t be intimidated! If you keep these tips in mind, you’ll soon be addicted to making marshmallows at home! Make and enjoy! 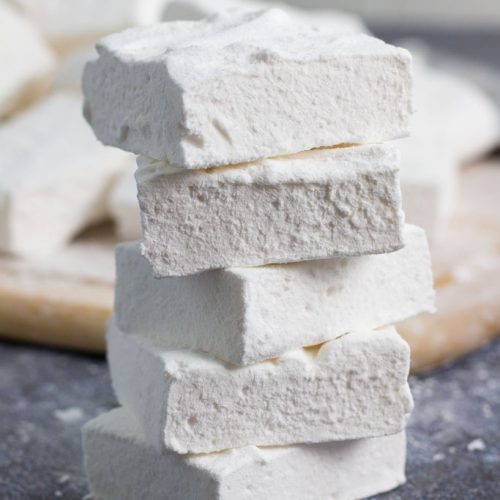 Marshmallows are one thing you may not have thought of making from scratch, but once you know how to make homemade marshmallows you won't want to go back to buying storebought! They are deceptively simple and the flavor is out of this world!
0 from 0 votes
Print Pin Rate
Prep Time: 15 minutes
Cook Time: 15 minutes
Time to set: 4 hours
Total Time: 4 hours 30 minutes
Servings: 48 marshmallows
Calories: 58kcal
Author: Caroline Lindsey 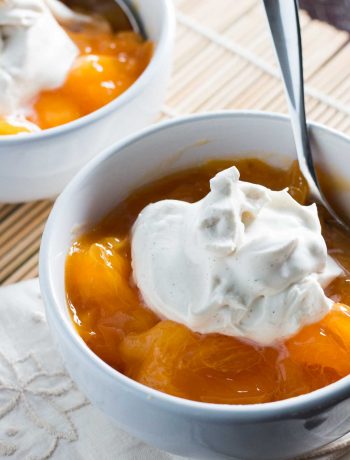 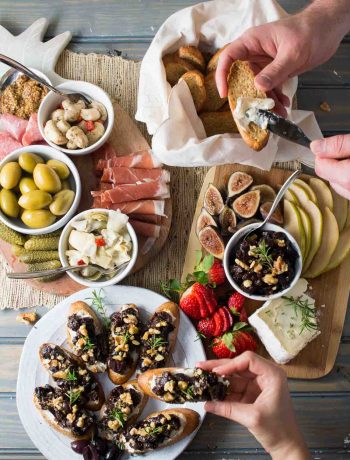 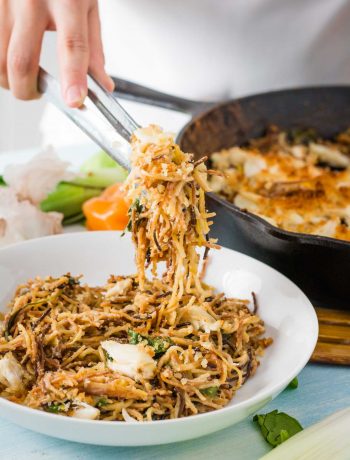 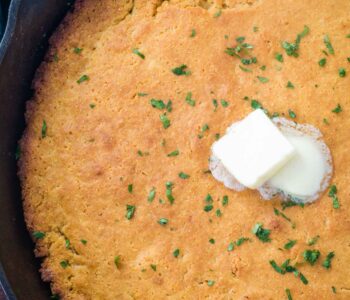 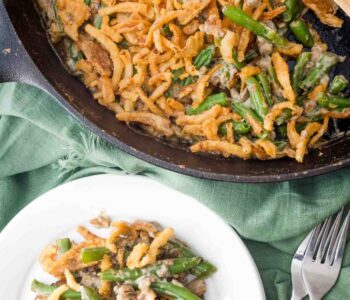 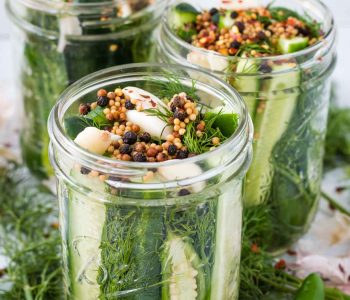