Grapefruit rosemary lemonade is a sweet, tangy, and fragrant twist on the classic summer drink. So refreshing! 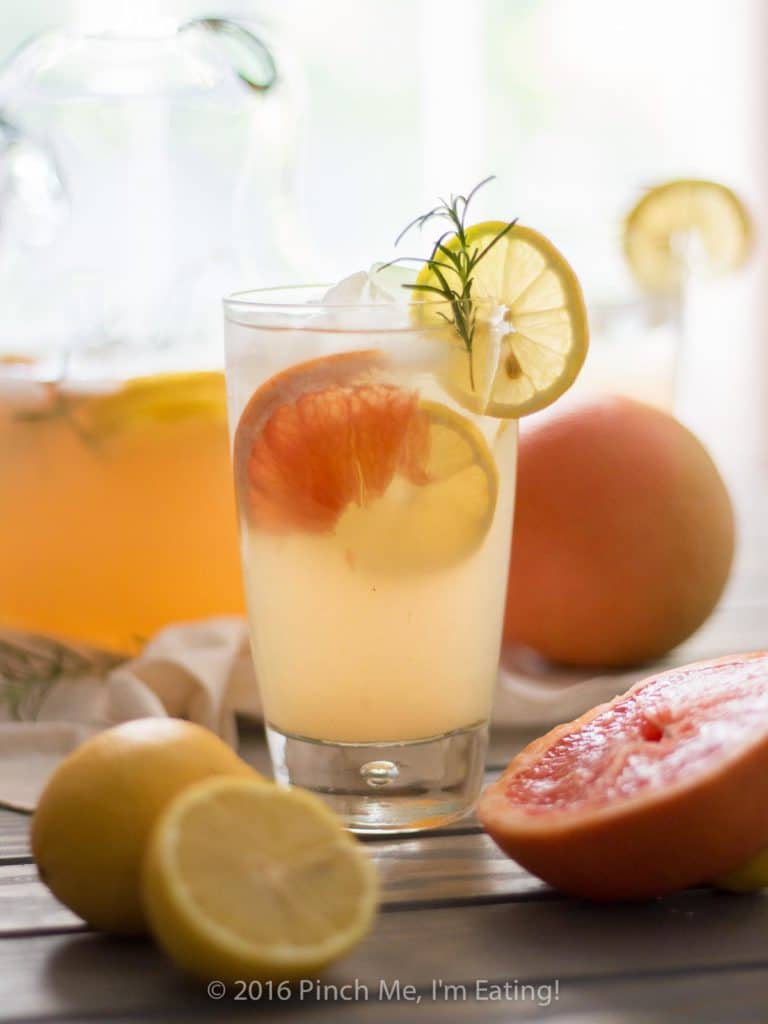 It never crossed my mind to use the herb in something sweet.

Then, several years ago I came across a recipe for a grapefruit rosemary sorbet. I was intrigued and tried it out.

I remember the wide-eyed amazed look I had on my face when I tasted the rosemary-infused sugar syrup for the first time. I hadn’t been sure what to expect of the sugar-rosemary combination, but I was, frankly, astounded at how good it was! 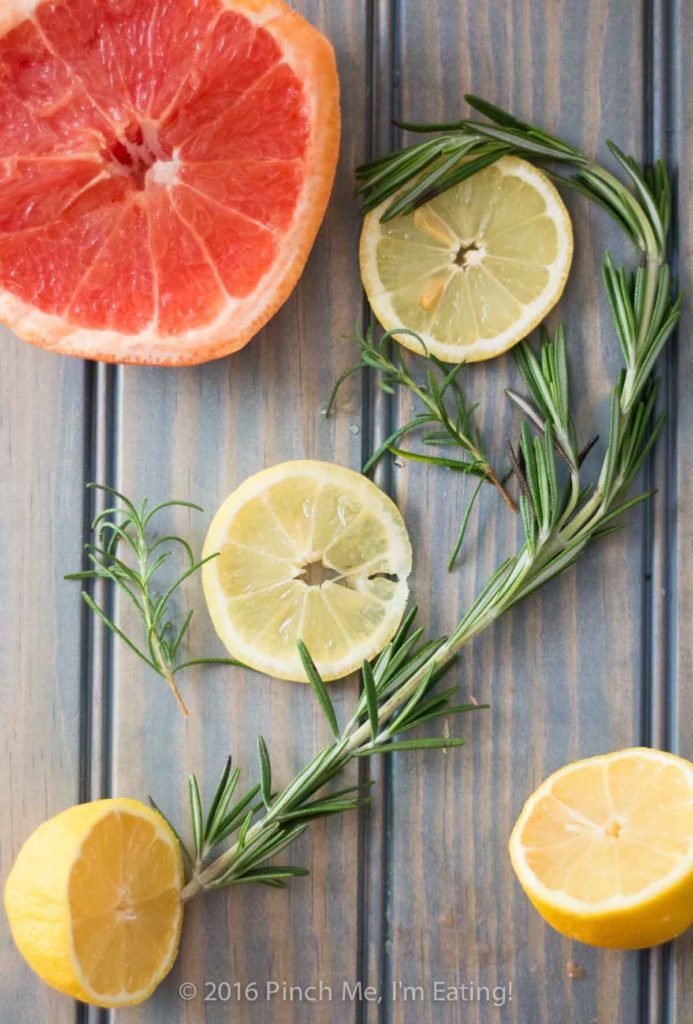 I didn’t have an ice cream maker so I tried to do the thing where you stir it every half hour in the freezer until it’s slushy. The sorbet was honestly not great because the ice crystals were huge and it was … well … crunchy.

But the flavor combination — grapefruit, rosemary, and sugar — was incredible. Sweet, tangy, fragrant, and a little earthy.

Suddenly a door was opened for me; I realized herbs I had always considered savory could be used in drinks and desserts. I’m always drawn to desserts with herbs and florals in them. And the grapefruit-rosemary combination in particular has stuck with me.

Stay tuned this week for a roundup of other herb-infused beverages! 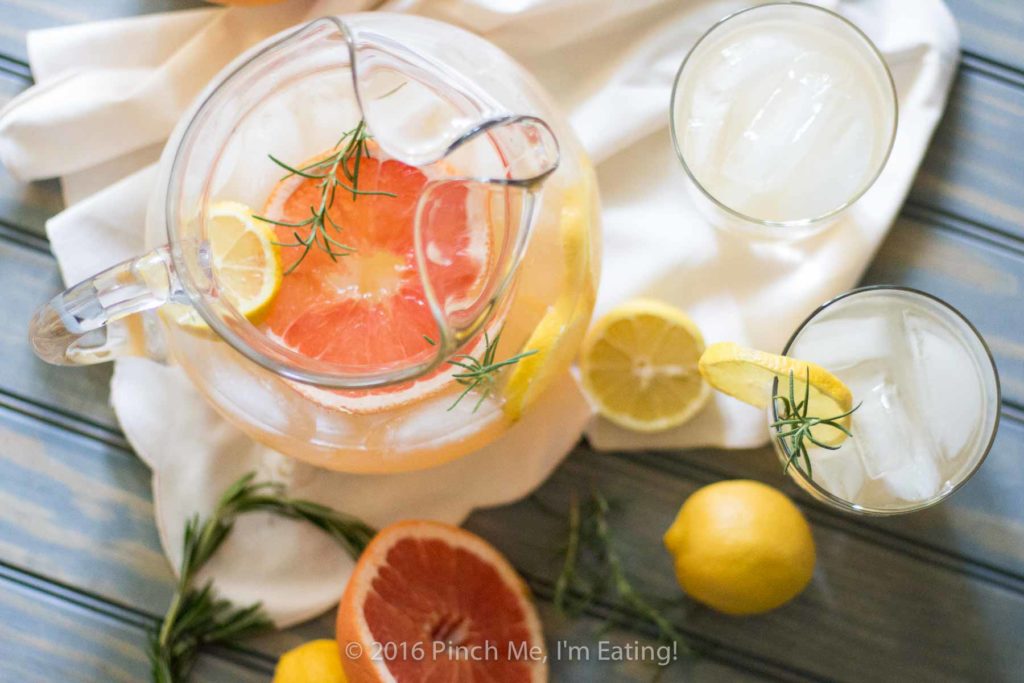 I tried to find the sorbet recipe again recently — I could have sworn it was in this vintage book of ice creams and sorbets I have and love, but I looked through it about four times and couldn’t find it. I’d like to recreate the recipe now that I own an ice cream maker, and I’m sure it will be ten times better.

In the meantime, I had to share this flavor combination with you in one form or another.

I tried making grapefruit rosemary lemon bars, but they were a little sweet and didn’t taste enough of the rosemary for my liking, so I’ll have to do a little more testing on that recipe before I publish it (although my coworkers/recipe testers seemed to like the first attempt a lot already).

This grapefruit rosemary lemonade, though: Spot on. 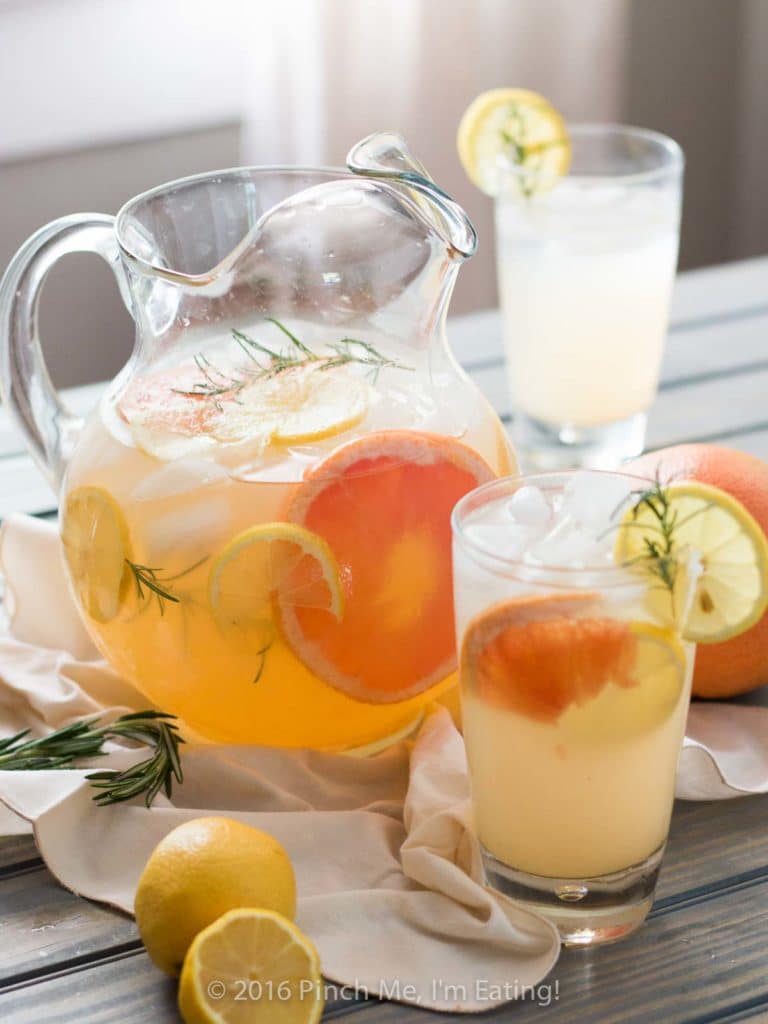 It’s got a great rosemary flavor due to the rosemary-infused simple syrup that starts off this recipe. You could just make the syrup and use it in other mixed drinks as well if you’d like!

You just bring a cup of sugar and a cup of water to a simmer and stir occasionally until all the sugar is dissolved. Throw in a couple large sprigs of rosemary or a handful of smaller sprigs, and let the herbs steep as the syrup cools for about 15-20 minutes.

After that, you just mix the syrup into some freshly squeezed grapefruit and lemon juice. I ended up using equal parts of each type of juice – too much grapefruit and it was too sweet to call lemonade, and too much lemon and I found myself wanting more of the grapefruit flavor. But if you’d like it a little sweeter or tangier, feel free to add more of one or the other.

I bet a plain rosemary lemonade – no grapefruit, would be delicious as well. 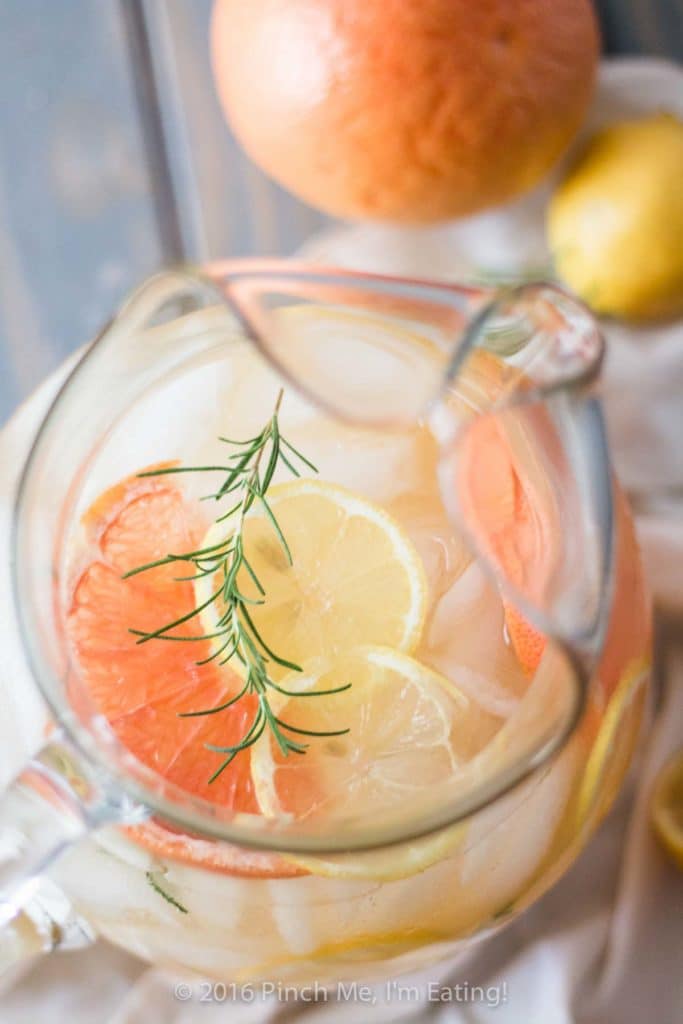 This grapefruit rosemary lemonade is a beautifully unique twist on the classic summer beverage for when you want something a little extra special in your glass.

According to my sweet husband Mike, this is the drink they would be serving on the beach… in Heaven. I’d consider that a pretty good testimonial.

It would pair wonderfully with a nice summery lunch, like the turkey burgers with hollandaise sauce I made a couple weeks ago. Now that’s a meal that can get in my belly right now! 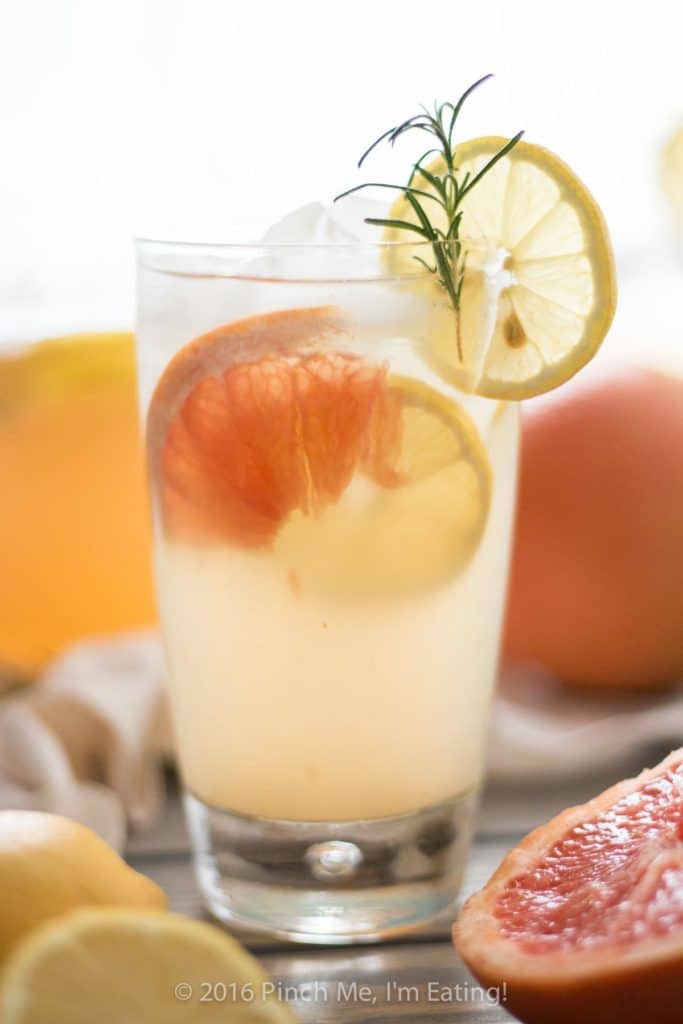 Do you prefer straight-up classic lemonade or do you have a favorite lemonade variation? Let me know your favorite kind in the comments!

If you want to stay in touch and hear about what else is cooking, sign up for my email newsletter!